Paw Patrol Live! Race to the rescue! - This event has already occurred

It's the day of the Great Adventure Bay Race between Adventure Bay’s Mayor Goodway and Foggy Bottom’s Mayor Humdinger, but Mayor Goodway is nowhere to be found. PAW Patrol to the rescue! Ryder summons Marshall, Chase, Skye, Rubble, Rocky, Zuma and Everest to rescue Mayor Goodway and to run the race in her place. Using their unique skills and teamwork, the pups show that “no job is too big, no pup is too small,” and share lessons for all ages about citizenship, social skills and problem-solving as they make several heroic rescues on their race to the finish line.

The show includes two acts and an intermission, and engages audiences with Bunraku puppetry, an innovative costuming approach that brings the PAW Patrol characters to life on stage with their vehicles and pup packs. The performance features up-tempo music and a cleverly written script that is a wonderful introduction to live theater for kids. Classic theatrical scenery, along with a high-tech video wall, visually transports families to an authentic PAW Patrol environment, including locations from the TV series, like Adventure Bay, The Lookout, Seal Island, Farmer Yumi's farm and Jake's Mountain. Special interactive video allows the audience to participate via interviews, solve clues with the Pups, follow Mayor Goodway and much more. Groups 10+ Save on tickets.  Contact the group sales department for more information. 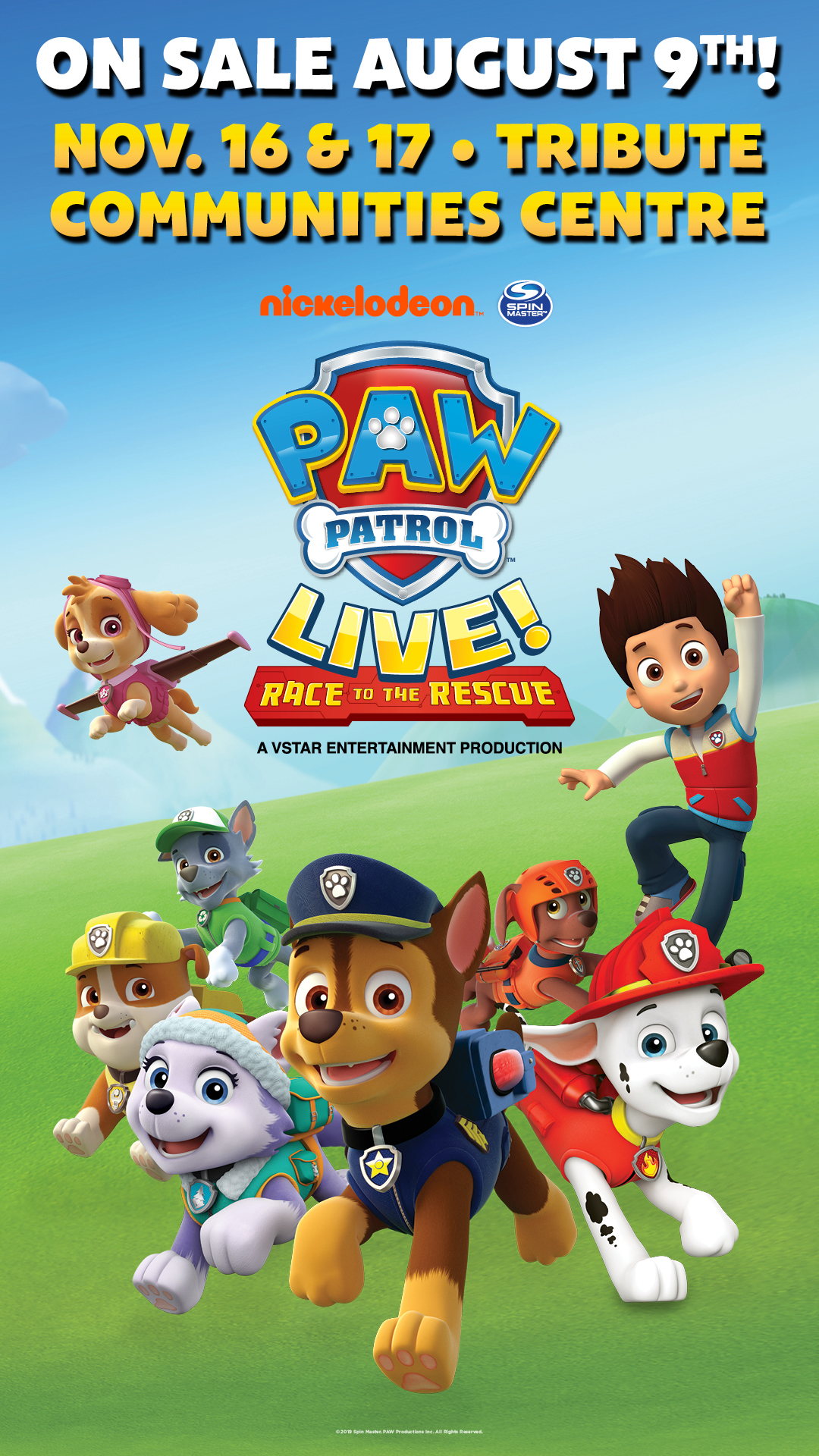