Just a few short weeks before the much-anticipated Oct. 4 release of his fifth studio album Fire & Brimstone via The Valory Music Co., Brantley Gilbert, billed as an artist who “never fails to deliver” by American Songwriter, is already looking for opportunities to bring the music to his faithful BG Nation with a brand new 2020 tour. Fire’t Up Tour, aptly named after track one on his upcoming 15-song album (all written/co-written by Gilbert), will kick off Jan. 23 in London, Ontario and hit 34 cities across the country and Canada, including a stop in Oshawa at the Tribute Communities Centre on January 24, 2020. “Fire’t Up” from forthcoming Fire & Brimstone.

Gilbert – who identifies as a songwriter first – has invited fellow singer/songwriters to join as tour special guests: Louisiana-native, country singer/songwriter Dylan Scott, whose hits include “My Girl” and “Hooked,” and current single, “Nothing To Do Town”; and a man Rolling Stone calls “a country-rock version of Bruce Springsteen” after last year’s opening slot on Kenny Chesney’s Trip Around The Sun Tour, EMI recording artist Brandon Lay.

“I truly feel like we’re at the point that we can let the music take us where it is meant to go, so with every new album we like to change up our show and make it something that plays to those stories and characters,” shares Gilbert. “We’ll of course still do the hits our fans love, but we are looking at this as an opportunity to turn up the heat a bit and give the songs on Fire & Brimstone a chance to really rock.”

Shortly after the album’s October release, Gilbert will set sail for his Second Annual Kick It in the Ship cruise. He will be joined by Rice, LANCO, Diamond Rio, Tyler Farr, Danielle Bradbery, Jon Langston, Colt Ford, Tyler Rich, SixForty1, Trea Landon, Sam Grow, Tyler Braden, Brian Davis, Tyler Booth and more as they rock the high-seas from Miami to Cozumel this November. 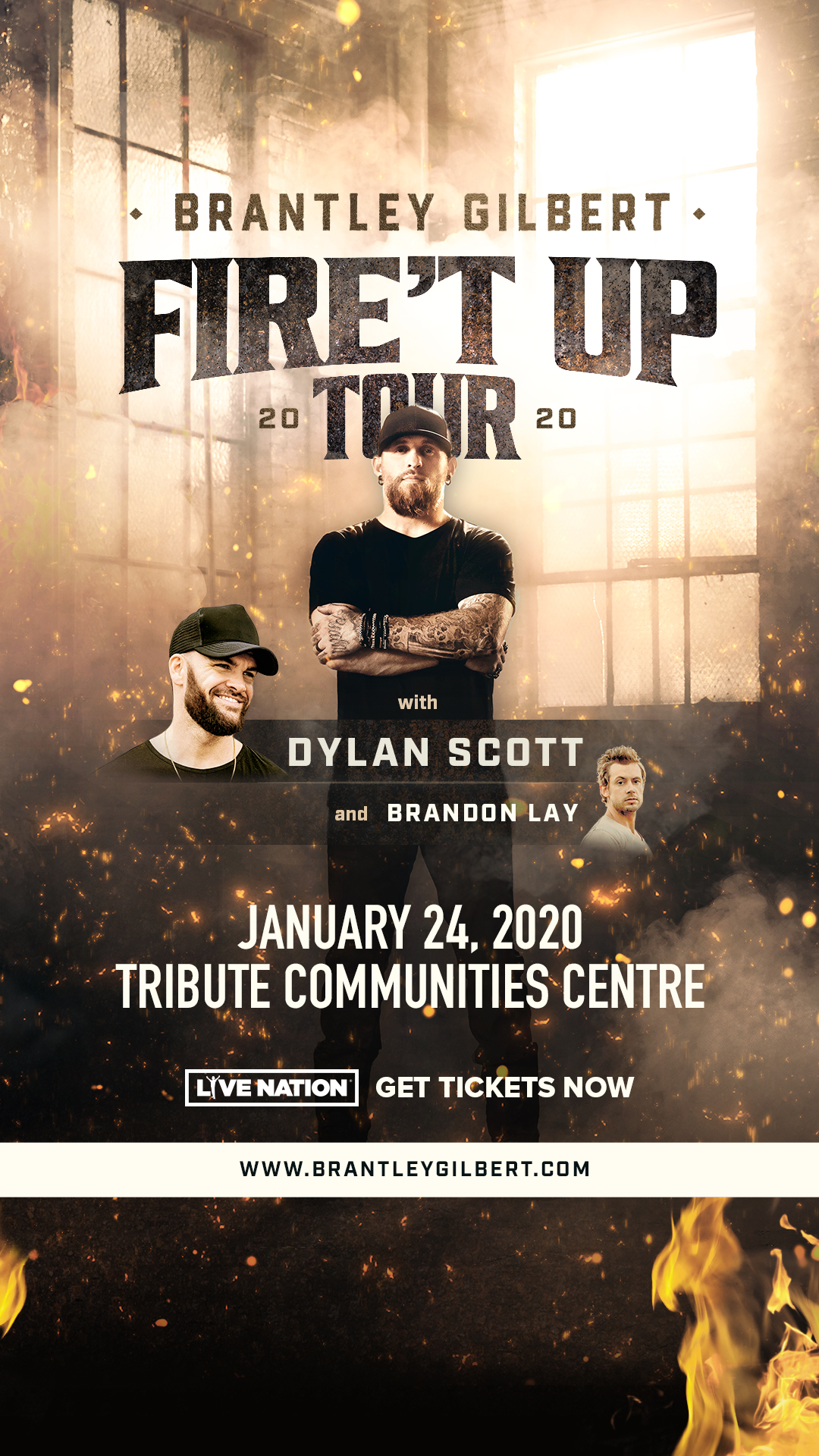