“… Matt Weidinger and his stellar group of musicians have put together a live music gem” – Bob Hunt, The Blues Studio Sessions

Born decades after Van Morrison was creating some of his most enduring music, singer songwriter, Matt Weidinger, has a musical connection to the ’60s and ’70s, what he calls the golden age of record-making.

Anyone who’s seen him perform would agree with the “old soul” label, so it’s particularly fitting that he’s taking on the songs of an old soul master with his latest tribute to the music of Van Morrison. It’ll be something of a retrospective of Van the Man’s extensive song catalogue, with a particular focus on the early stuff that was Weidinger’s introduction to Morrison’s brand of Celtic soul.

“I started listening to Van Morrison in high school, with Astral Weeks … and then Moondance,” he says, soon uncovering a treasure trove of musical offerings. “He’s got a huge catalogue. With Van Morrison, there’s just so much to see, so much to discover.” 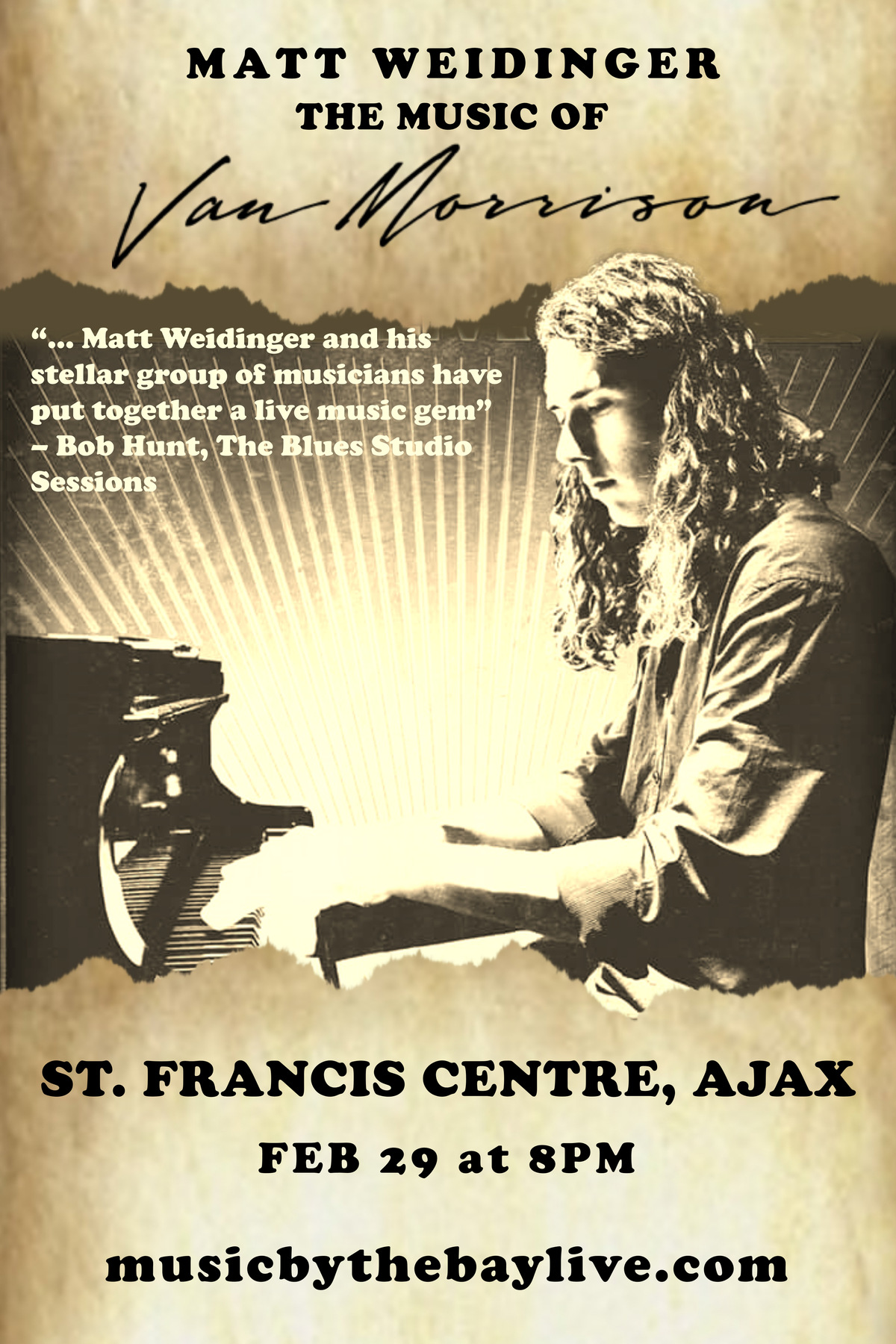