Sue Foley is a multi-award-winning musician and one of the finest blues and roots artists working today. She’s a triple-threat as a lead guitarist, songwriter and vocalist. Foley has a long history of defying convention, and being a positive role model for aspiring, young female musicians.

She began her recording career in Austin, TX with Antone’s, the esteemed blues label and historic nightclub that helped launch the career of Stevie Ray Vaughan and many others. In 2001, she won the prestigious Juno Award (Canadian equivalent of the Grammy) and also holds the record for the most Maple Blues Awards in Canada and has earned three Trophees de Blues de France. She has also garnered several nominations at the Blues Music Awards from The Blues Foundation.

The Ice Queen (Mar. 2, 2018) was recorded in San Marcos, Texas. The album represents Foley’s full circle journey – her return to the roots of her career in Austin and her reconnection with many old friends. Joining Sue Foley as special guests is a trio of legendary Texas guitar-slingers – Jimmie Vaughan, Z.Z. Top’s Billy F Gibbons and Charlie Sexton - as well as a host of other Lone Star State all-stars. Since it’s release, The Ice Queen has been nominated for a Juno Award, Two Blues Music Awards and Six Maple Blues Awards. Sue and her band continue to keep a vigorous touring schedule in support of this successful album. 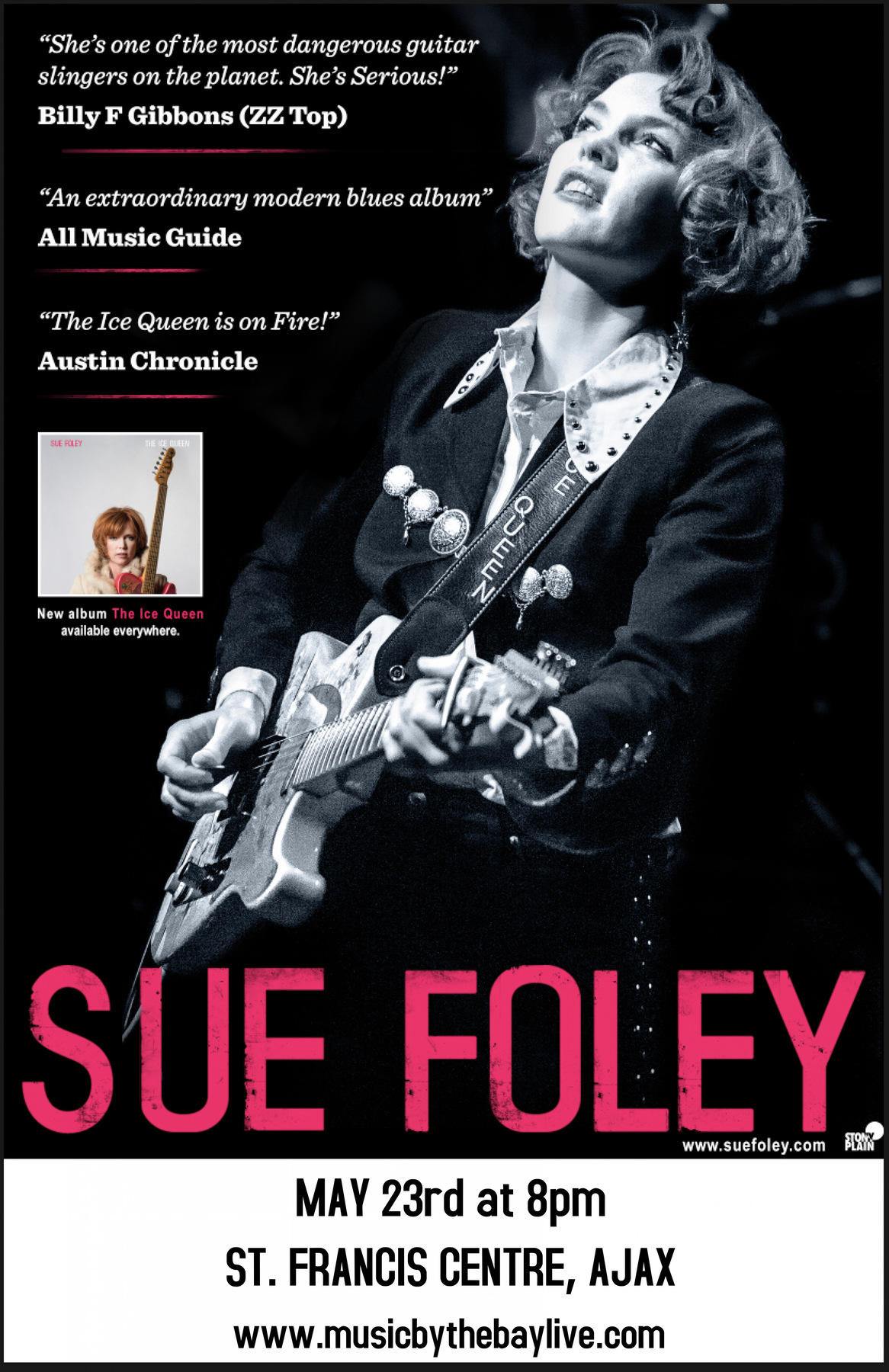